Casinos Part 3: Off to the Races!

We are in Florida, staying at the Hampton Inn, it’s morning, and I’m bleary eyed, getting my coffee, when the fellow next to me asks, “Are yah’ in town for the Flahrdah Sahrsraces?”


“Huh?” He repeats himself.


“I’m sorry, but can you say that again?” Yet once again the words all run together unintelligibly for me, so that I have to ask a third time.


“Well, guessing not,” he says, chuckling, given that I can’t even recognize what he’s saying.


“Yes, true, but now I’m curious. What did you say? I really just want to know.” He repeats it this time, saying each word slowly and distinctly: “The Flo-ri-da Sires Races.”


“Oh,” I say. “Horse races. No, we’re not, though we did catch one race yesterday at the track across the street.”


Well, we did. We couldn’t hang out at the hospital the entire day, our patient needed to rest, and so we had made our way to the Gulf Stream casino/track/resort across the street, and saw precisely one race. We got there just as the race was about to start, and so didn’t have time to place any bets. I guess it was exciting. It was a photo finish. And, the way I look at it, we came out ahead, since the horses we would have bet on both lost, so we each saved easily ten or twenty dollars each, by not betting at all. I have learned a little bit in my travels.  Of all the gambling options, this was the most lucrative of all for us. No play, no pay. But it was still fun to walk around and take in the sights. 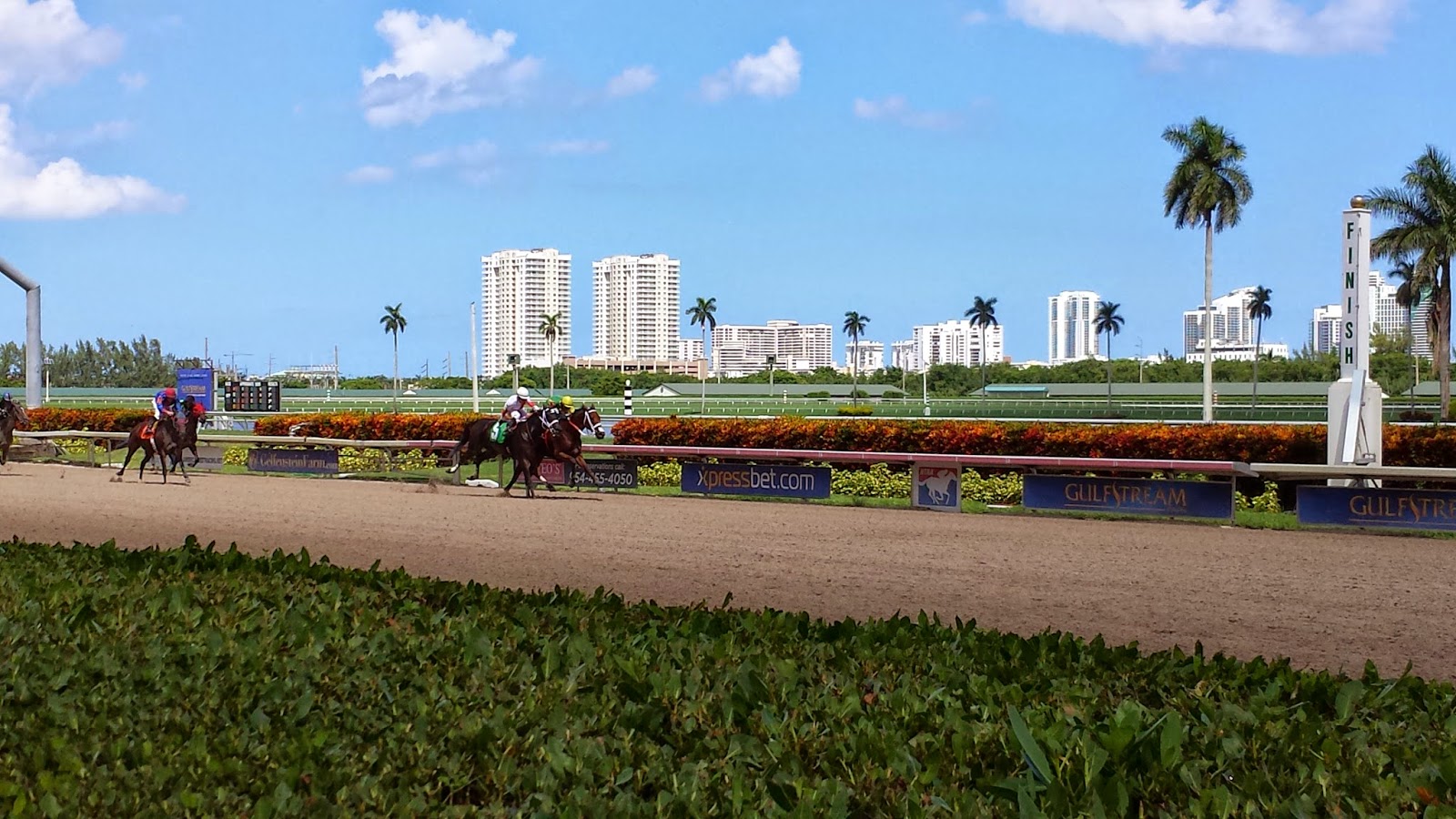 All the same, I felt a little pleased with myself, that we could even be mistaken for horse people, people who follow the parentage and lineage of the various horses, as well as the pedigree of their owners, trainers and riders, and have time to sip mint juleps on a Thursday afternoon when most of the honest working world is doing, well, just that - working.


As Massachusetts weighs the impending casino vote, it reminds me of a Sunday in August in 2005, the day before Hurricane Katrina was to make landfall. I remember thinking that, at this time tomorrow, there would be lives ruined, lost, torn apart, devastated. It was not a question of whether, but of how many. I’ve had the same thought about the arrival of the casino to the Boston area. If built here, lives will be destroyed by it. The decision will be made by a vote, majority rule, essentially a mob mentality.


I am struck by the two meanings of the word, mob. A large mass of people. And, the mob. It almost sounds like something from days gone by, with old fashioned black and white news reels. Trench coats, fedoras, and machine guns. It almost seems glamorous. Almost. It’s hard to believe it still exists today. I know nothing of it.


I am very torn. It sounds like Wynn is interested in creating a world-class attraction that will create jobs and draw in the big cats, and generate revenue for the Commonwealth. And maybe create a fun place for us locals to visit now and then. I like the idea of most of the revenue coming from out-of-towners. It’s sort of like seeing a State Trooper pull over a car with out-of-state plates. Yay! Thank you for your donation!


I know that if the casinos go ahead, there will be lives torn apart by them, individuals unable to resist their appeal. There is another storm out on the horizon approaching our shores, and I know this, as sure as I am standing here today, that if we welcome it ashore, lives will be changed forever, there will be losses, and some will lose it all. What do we want? The decision lies in our hands. We are not voting on the rightness, the goodness, or the badness of gambling.  We are simply making a choice, a decision – is it for us?


If we bring it here, will we watch out for each other?


Are we wild horses, or part of a herd?


Are we responsible for our fellow humans, the fabric of our community, village, or society as a whole?


Or should we just let the chips fall (literally) as they may?


Tough call. I wouldn’t be surprised if the bookies in Vegas were taking bets on how this all turns out, even as we speak!


This is the last of my three-part series on casinos, completing the trifecta, the hat trick, rounding out trips to Foxwoods, Mohegan Sun, Las Vegas and the Gulf Stream in Florida.


Future blogs on His Holiness the Dalai Lama’s public talk given at the TD Garden Saturday November 1st, and an update on the status of women’s collegiate rugby, from one coach’s perspective.


It is with sadness we bid farewell to former Mayor Tom Menino, and share our sympathies with Angela Menino and the entire family. We met Mr. Menino only once, last December, at the ReadBoston event, and it was truly an honor. Susan took the opportunity to shake his hand and thank him for everything he had done for this city. (Because what he did in Boston was felt in all the surrounding communities.)  I asked him if I could give him a copy of my book, and what he did next blew me away – he asked me if I was going to sign it for him. I’m just an unknown author from Watertown. He could have just as easily said “thank you very much,” and passed it along to someone in his entourage. What a big heart he had. Now I only regret that I will never be able to ask him to return the favor, and sign a copy of his book for me. May his memory live on and serve as a model for all. Thank you!


© 2014 Rosemary A. Schmidt
Rose Schmidt is the author of “Go Forward, Support! The Rugby of Life.” If you would like to request permission to use or reprint any of the content on the site, please contact the author. Use of individual quotes with proper citation and attribution, within the limits of fair use, is permitted.
Posted by Rosebud at 6:16 PM