Casinos Part 2: What We Brought Back From Vegas

With all the controversy over the local casino deal, I took it upon myself to go out and do some first-hand “research.” Stop 1 was Foxwoods, Mohegan Sun, and the Sarah McLachlan concert. Stop 2: Las Vegas, the Strip, and the Grand Canyon.


What I brought back: Two geodes, that I’m still waiting to crack open, and a bottle of mesquite honey, purchased at a roadside store on the bus trip to the Grand Canyon that luckily didn’t crack open and survived the trip home in my checked bag. And of course, the experience.


Our traveling companions remarked that on their first trip to Vegas, they came to see two things: Cher and the Grand Canyon, and they were equally impressive. I found this hard to believe, but by the end of the trip, having seen the Grand Canyon from the Sky Walk, looking down 4,000 feet to the canyon floor below, and the Strip lit up at night from a rooftop lounge, I can now say the same thing: both spectacular, one man-made and the other an example of nature showing off what it can do. Water is a powerful agent. If water was added to rock-paper-scissors, it would win every time. 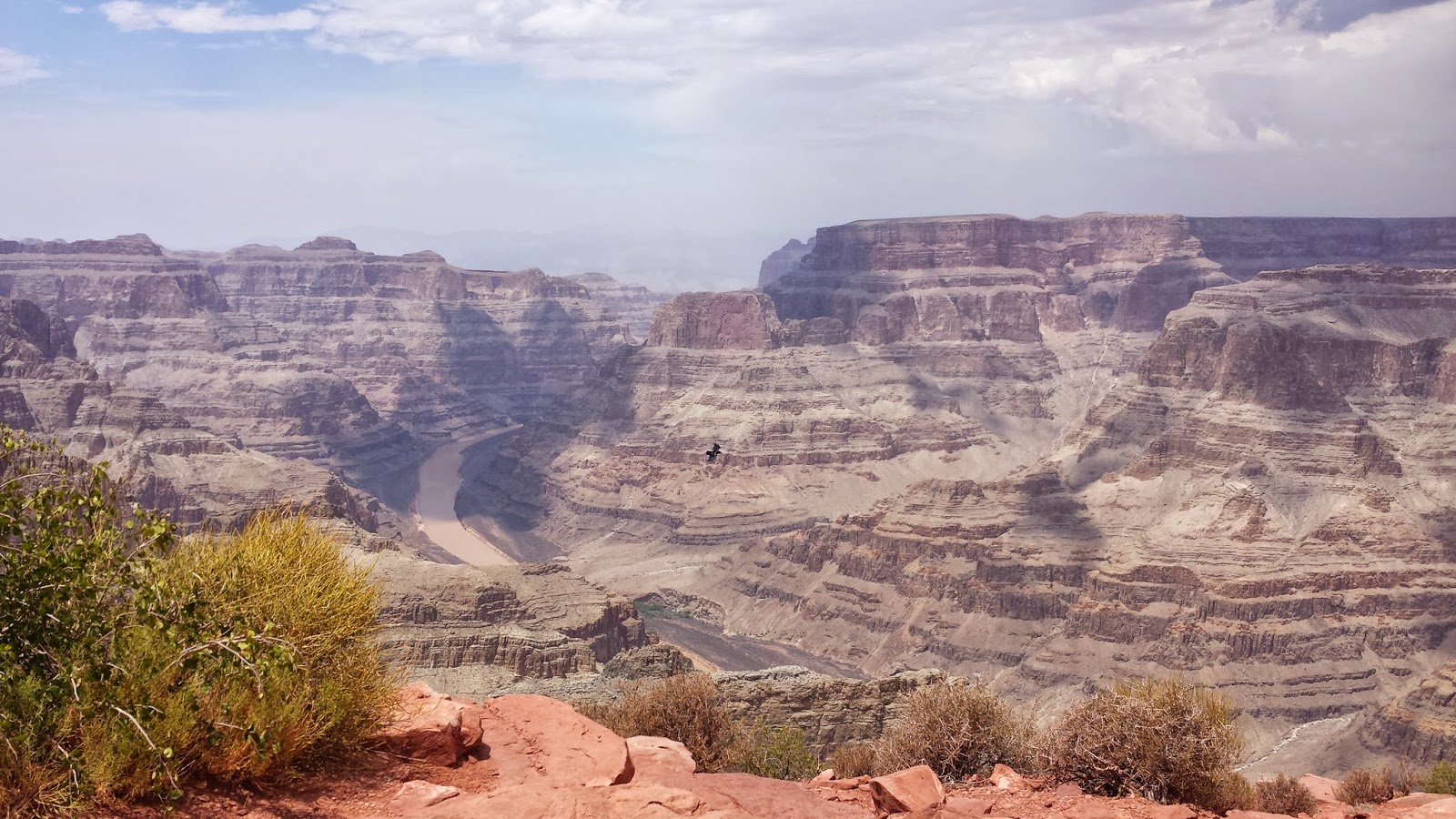 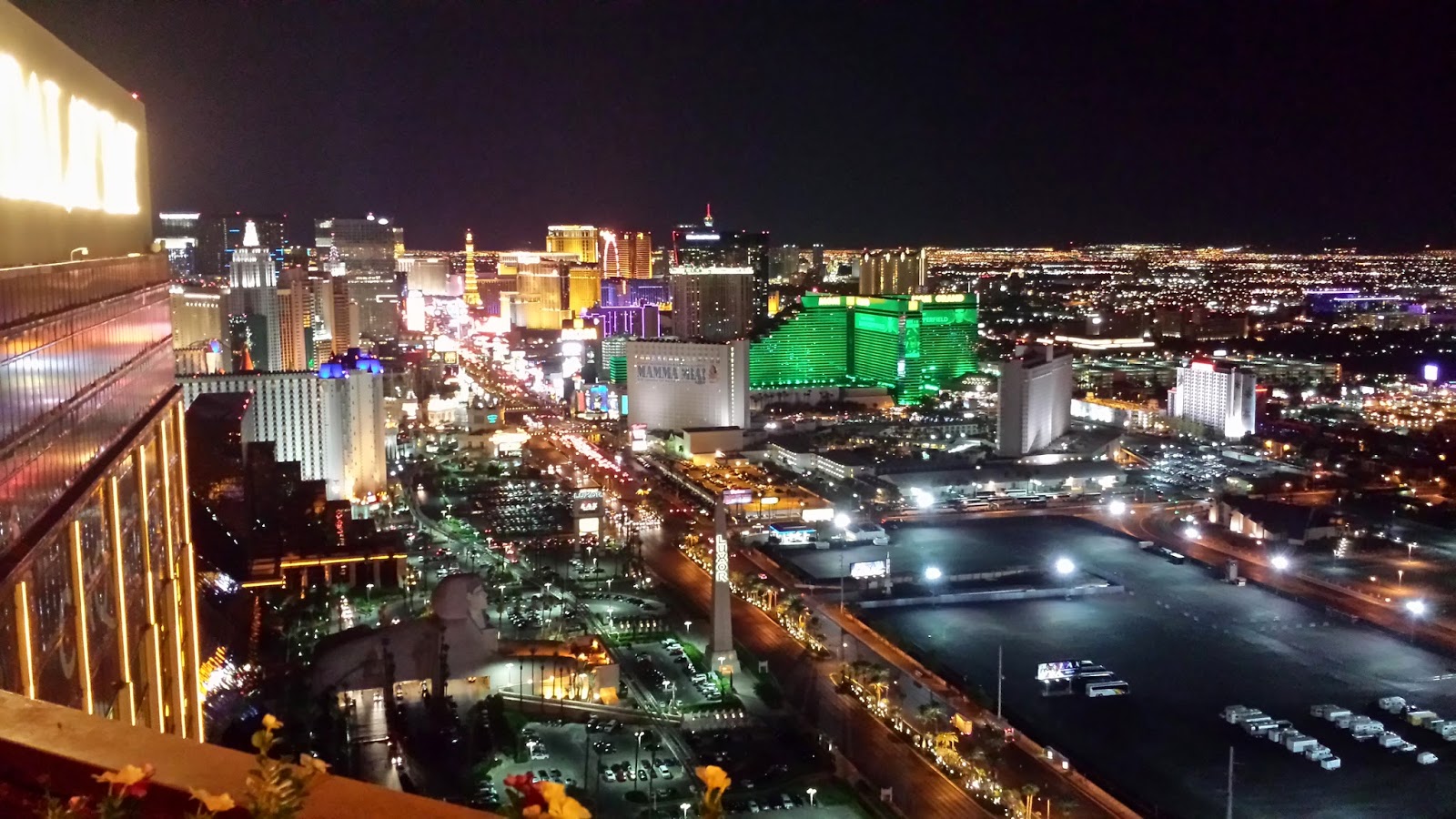 Another study in contrasts, seeing the Canyon, carved into the landscape over the past 6 million or 70 million years (there is some debate on this topic currently), and the city of Las Vegas, founded just over 100 years ago, owing its tenuous existence as a desert oasis to distant snow melt and the ebb and flow of the Colorado River. Right now, it’s mostly ebb, though. After seeing the water level in Lake Mead, 110 feet below its normal level, I expected dire warnings at the hotel about re-using towels and limiting showers. But, there was no mention of it. No worries, they wouldn’t want to bother their paying guests about such a tiny detail such as a fundamental, vital natural resource required to sustain life.  And, while I needed shorts at the Grand Canyon, I was ever so grateful that I packed along fleece and sweaters for my time indoors, where it was kept ridiculously chilly. I went outside a few times just to warm up, but otherwise I could have stayed indoors the entire trip. Similar to Minneapolis-St. Paul, they’ve built skywalks between buildings, making it so that people would never have to go outside. Just the way they like it! The better to keep their audience captive at the slots.


However, on the resort map, they show a jogging path. So, I don my new running shoes and venture out in the morning dry heat, which is only at the blow dryer level; it will reach blow torch by the afternoon. The jogging path turns out to be the concrete walkway circling the complex of pools. There is one other jogger. The same thought bubble is floating above our heads: “They said it was a jogging path!”


We take it all in – the Strip, the casinos, the fountains at the Bellagio. We see Penn and Teller. Magical. Poof! They make some more of my money disappear. Las Vegas is Disney for adults, its variously-themed resorts dwarfing the international pavilions of Epcot. If Times Square and Hollywood had a baby, a love child, it would be Las Vegas, with a dash of Provincetown pageantry and New Orleans carnival thrown in. It’s so over the top, it can’t look down.


I am fascinated by this strange place. I pick up one of the local weeklies, Vegas Seven, and find a column called “Ask a Native,” by James P. Reza, describing the Las Vegas culture as “open and unfettered,” where they “openly accommodate, celebrate and enable human nature in its good and bad forms” and “generally don’t try to legislate or regulate what Ivory Tower East Coasters see as ‘bad behavior.’ Mr. Reza goes on to call Las Vegas “the best city right now, particularly for those who have the desire to carve their own path, to create something from whole cloth, to pursue an idea to its end with very few of the institutional and social roadblocks that plague other more established cities. Nobody here needs permission. We just do.”


Well, Boston is never going to be Las Vegas. We are probably one of those East Coast Ivory Towers. We are unlikely to allow free range human nature or promote bad behavior. Legalize prostitution? We just got rid of our blue laws. Just for the record, while prostitution is permitted in the state of Nevada, it is specifically prohibited in a few counties, including Clark County, where Las Vegas is located. That didn’t seem to stop the guys handing out calling cards to passersby on the street advertising their “private dancers.”


So, if Boston is not a hotbed of “bad behavior,” we are at least forward thinking in ways that others are not, or not as evolved. The “shot heard round the world” was fired in the suburbs of Concord and/or Lexington (almost as much controversy about that as there is about the age of the Grand Canyon). We were the first state to recognize gay marriage, and recently legalized medical marijuana use. Our revolutions have been those born of social justice.


I wonder - if we can’t be Las Vegas, what can we learn from it?
What are the best ideas we can bring back and apply here?


I got in touch with the columnist, Mr. Reza, to get his thoughts and advice on the concept of a Boston casino. He has been covering the Vegas scene for twenty years. He fills me in on the business model, the role of the high rollers, or “whales” (giving a whole new meaning to the term “whale-watching”), their expectations, and what it takes to draw in this highly coveted audience, in terms of infrastructure, relationships, and amenities. It is all about the experience. The high rollers are an important part of the equation. Does it work without the high rollers? If the customer base is going to be limited to the local populace, then revenues will ebb and flow with local paychecks. Either way, a casino will have an impact on the region, both financially and socially. There is no denying that gambling has a dark side.


At the end of our conversation, I asked him if maybe the best thing we could take away from Las Vegas might be ideological, simply being less risk averse and taking those leaps of faith, and going “all in.” He noted that the city attracts risk takers. As a possible example of this, I pointed out that the band Imagine Dragons started out in Las Vegas. At their concert at the Worcester DCU Center in March, lead singer Dan Reynolds noted that they’d made a conscious decision about five years ago to devote themselves to their music full-time. So, while so many of us hedge our bets, and pride ourselves on our diversified portfolios and prudent risk management, here is a look at what can happen when someone goes “all in.” What we miss risking, we risk missing.


After walking the Strip, I had some ideas of what I would like to see in our Boston casino. As a low roller, a minnow amongst whales, no one is going to cater to my wish list, but here it is:
After talking to Mr. Reza, from a business standpoint, we have two, maybe three options:
Whether high end or not, a casino will have a major impact on the region. Some lives will be changed dramatically for the worse by the new temptation in their backyard. At least Las Vegas is a six-hour flight away. And what happens in Vegas mostly stays in Vegas. There is no doubt that “if we build it, they will come.” But, who “they” will be, will depend entirely on what we build, and who we build it for. We need to decide: What do we want?


P.S. There’s a rumor that Elton John and Cher are returning to Caesars Palace in 2015. You just might see me back there!


Next stop: The Races!


It was purely by chance that we wound up going on this whirlwind casino tour in July, as prior to this, I had never even stepped foot in one. Susan had a conference in Vegas, and I decided to tag along, and maybe find a nice quiet place to write. Now, looking for a nice quiet place to write in Vegas is about the same as looking for a little alone time in Times Square on New Year’s Eve! The miracle is that I actually found it in the course of my wanderings at the Four Seasons, which is appended to Mandalay Bay, where we were staying. So, thank you to the kind and gracious staff at the Four Seasons for your patience and hospitality in welcoming in this interloper from the hotel next door. Truly, an oasis of calm!


An update on what we brought back – the mesquite honey is all gone, it was absolutely delicious. For some strange reason, the geodes remain unbroken mysteries. And, I brought back one last thing: the inspiration for my Halloween costume: a Venetian gondolier. I have the blue and white striped sweater already, and now just have to add the paddle, hat, and red neck scarf. O-sole-mio!


Also this week, Imagine Dragons just released the single, “I Bet My Life.” You can find it on iTunes, YouTube, etc. What - or who - would you bet your life on?

© 2014 Rosemary A. Schmidt
Rose Schmidt is the author of “Go Forward, Support! The Rugby of Life.” If you would like to request permission to use or reprint any of the content on the site, please contact the author. Use of individual quotes with proper citation and attribution, within the limits of fair use, is permitted.
Posted by Rosebud at 7:26 PM