Asparagus and Other Everyday Miracles

I still hold a grudge against asparagus. It’s a childhood thing. Let me explain. One day, my Dad comes inside the house all excited and says, “Hey, Rosie, do you want to come see an octopus?” And I say, “Sure!” So, I follow my Dad outside, and we make our way to the garden, where I am expecting to see some large, gray, squishy, tentacled marine animal. Instead, my Dad holds up a gangly plant, with soil clods hanging from it. I was still waiting for my octopus. “Here it is, Rosie, I got some asparagus plantings. See all the stalks of asparagus? Just like an octopus!” 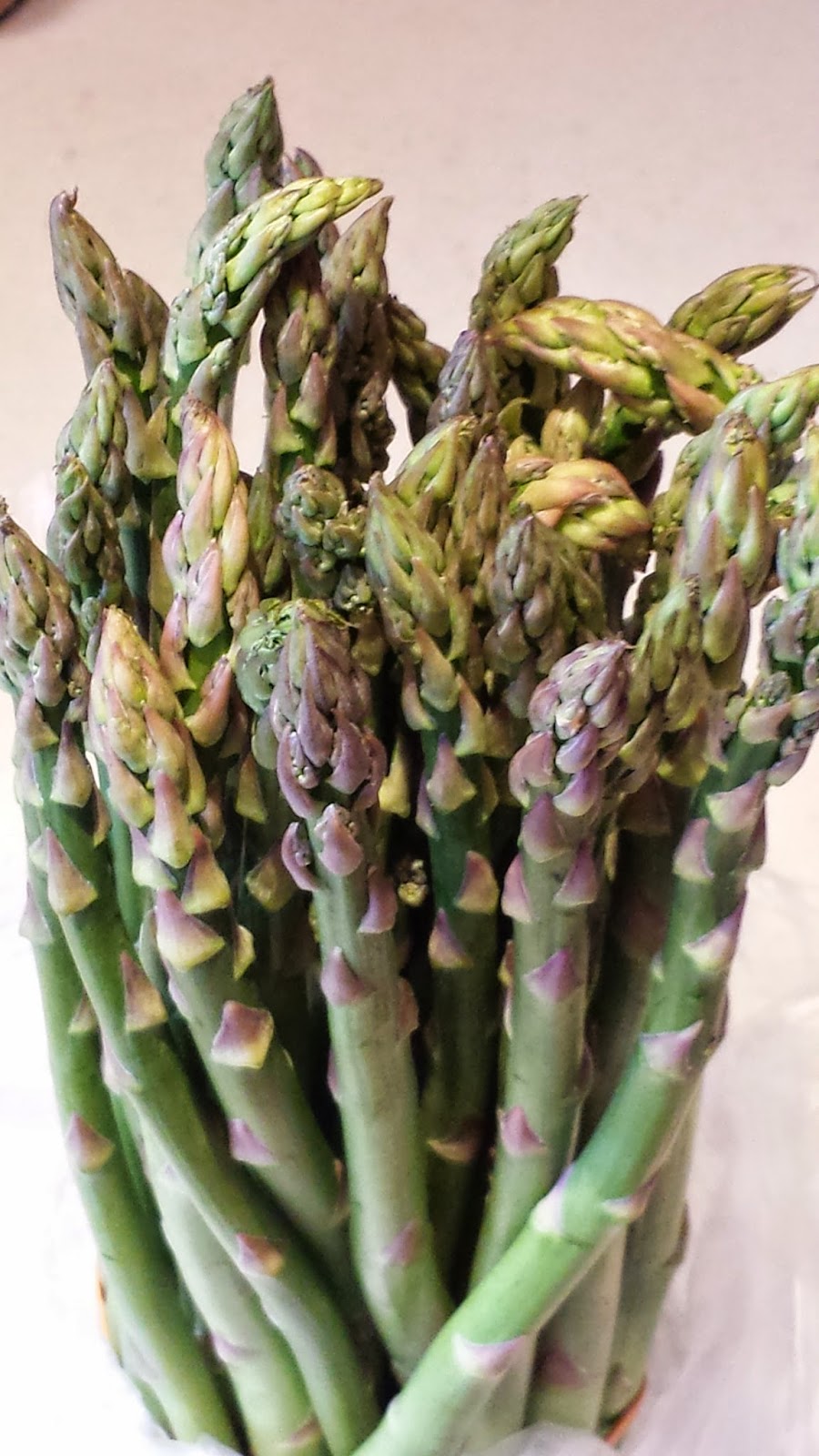 Thus, at an early age, I was introduced to the difference between simile and metaphor, between what is, and what is “just like.” What a letdown. I got excited to see something that was an actual octopus, not some plant that might in some ways resemble an octopus. Welcome to life.


This reminds me of another more recent experience in our condo community. One of our neighbors from across the way, an older woman, originally from Italy, started telling us about some broken steps on the stairs to her back deck. I can hear my partner, Susan, in the background saying there was another unit that had some broken steps, and so the property management company had called our contractor, Steve, to come out and take a look at them. (Susan has been on the condo board for years now, an utterly thankless position, but that’s a whole other story.) In any event, I follow our neighbor over to her house, and through her unit, to the other side to see her back deck. She opens the door, looks out, and lo and behold, the broken steps have been completely replaced and repaired, good as new. Our neighbor exclaims, “It’s a miracle! Thank you Jesus!” I say, “Well, I think it was actually Steve…” But she would hear none of that. My explanation landed on deaf ears. It was a miracle, period, end of story, thank you to Jesus, not Steve or the condo board. He must have picked up some carpentry skills along the way from his stepdad, Joseph. I smile, and think – what a great way to go through life, experiencing miracles in ordinary everyday things. Slightly delusional, perhaps, yes, but reality has always been over-rated in my book, anyway.
How much happier could we all be, to be so child-like, in awe, wide-eyed, seeing miracles where others see carpentry; octopus in asparagus. Choosing the power of metaphor over the pale comparisons of simile. And what if we think about the big miracles – the parting of the sea, manna in the desert, water to wine, people rising from the dead, the Red Sox 2013 season. There are things that have happened in our lifetimes, in recent history, and we don’t know for sure what really happened. Were there weapons of mass destruction in Iraq? Was there fried chicken in the club house? We may never know. The big miracles happened thousands of years ago. How are we to know what really happened today? There are many mysteries.
When my Mom died, and we met with her parish priest to plan her funeral mass, and he asked which readings we’d like, I blurted out: the story of Lazarus. I hadn’t thought of it in years, but simply recalled that Jesus wept at the death of his friend and brought him back to life. Now, note, I called it “the story” of Lazarus. We don’t really know – maybe Lazarus wasn’t really dead, but just in a coma, and Jesus woke him up. Even the Catholic scholars and theologians debate whether or not Jesus really physically came back to life, or if he re-appeared to his followers in some way as if he had risen from the dead, in a more spiritual form. Sort of like the asparagus again; the difference between metaphor and simile, a physical or apparitional presence.
This may sound like blasphemy, but there really is a continuum of belief. I recall running into a woman we know in town who lost her son two years ago, and we got to talking about whether the dead could communicate from the spirit world. She is very Catholic, and very much against the idea of psychics who claim they can communicate with the deceased. On the other hand, she heartily believes that butterflies are a sign from her son. She asked me if I believed in any of that. My reply: I don’t not believe.
At an early age, I briefly contemplated becoming a priest, but the prognosis looked pretty poor back then in the 1970s, and even worse when I came out a decade later, never mind the whole celibacy thing, plus my fuzzy pluralistic belief system. Now in a “multi-faith” marriage, we celebrate both the Catholic and Jewish holidays. We celebrate everything. In a conversation with a devout Christian several years ago, I was questioned about my faith. My answer: “I’m not being asked to believe in anything less.” I’m not sure I’d say I believe in everything. World created in seven days? That might be a little bit of poetic license. People rising form the dead? Communicating with spirits? Fate? Karma? Again: I don’t not believe. I believe in the possibility of everything. Did God lead Moses and the Israelites out of Egypt? Was Muhammad also a messenger from God? Did Jesus really rise from the dead? All, yes, surely, possibly. Maybe the world would be a better place if more of us could see the octopus in the asparagus, Jesus in their stair steps, and yes, even believe in another Red Sox World Series run in 2015. Play ball!


I wrote this almost a year ago, but thought the concept of everyday miracles would resonate with the dual holidays of Passover and Easter, so I saved it for now. A time when we need miracles more than ever. Can we imagine a world where people do not kill one another in the name of religion? My heart goes out to all who are grieving the lost and wounded in last week’s massacre at Garissa University College in Kenya.
Post Script
We enjoyed a lovely Passover dinner from Inna’s in Newton Friday night, everything wonderfully prepared. Especially the horseradish. Must have been made from a spring root, extra spicy! Which led to an observation that we could create a new saying to describe someone who is extra spicy or interesting, by saying they are like a spring horseradish!


And we will be trying out Royal, a new restaurant in Watertown, today for their Easter Brunch.
http://www.royalwatertown.com
Women & STEM – Just after posting the last blog, observing that making changes in corporate America may be difficult as it’s happening too late, too far downstream, I found this article in The Wall Street Journal: “Men Enlist in Fight for Gender Equality,” by Joann S. Lublin, citing real statistically significant improvements in the number of female executives, after men became engaged in promoting gender equality, including putting the brakes on old-boy dynamics and educating staff on simple, fundamental differences in how men and women process information and make decisions (shocker: women think more before jumping in).  So, maybe there is hope.


Coming Next
Part 2 – Our Pesach Haggadah (Passover Story)
And then back to the rugby vs. football thing, and maybe another one of my Dad’s letters.

© 2015 Rosemary A. Schmidt
Rose Schmidt is the author of “Go Forward, Support! The Rugby of Life.” Use of individual quotes with proper citation and attribution, within the limits of fair use, is permitted. If you would like to request permission to use or reprint any of the content on the site, please contact me.
Posted by Rosebud at 9:22 AM