In October, as I was listening to the speakers at the first annual Idea Exchange Summit on Women in Science, Technology, Engineering, and Mathematics (STEM) at Bentley University (Waltham, Massachusetts), I started to pick up on a pattern. When young professional women – scientists and engineers – were asked about their greatest challenges working in a technical field, to an individual, each and every one of them in their reply identified confidence as a chief issue.


This summit had been planned well in advance, but the timing could not have been better, coming just after the flap over the summer about the dearth of women and minorities in the IT world, and on the heels of a slew of articles about women’s advancement in the workplace, plus the book Lean In, by Sheryl Sandberg, which I have to confess, I didn’t get past about page 67, it was so depressing.


The response from the panelists immediately reminded me of an article that came out earlier in the year (“The Confidence Gap,” by Katty Kay and Claire Shipman). It is such an old issue. I remember sitting at the dinner table and having the very same conversation with my housemates when I was in graduate school at the University of Illinois some thirty years ago. My housemates were PhD students, studying physics and microbiology, and yet we often asked the same question. Why were the men so much more confident? And likewise, why did we feel our knowledge base and capabilities were not as vast, even after completing the same coursework, and maybe even scoring higher on the exams? Is there a gender-based difference in how men and women deal with an incomplete understanding of things, that men are more comfortable – or more practiced at – filling in the gaps along the way, while women like or need to have a more complete understanding of things to feel satisfied. Perhaps a man is more likely to say, “Well, I’ve got the general hang of things, I’ll sort out the details of what I’m missing later.”


Is there simply an innate gender-based difference in confidence? Go to the beach, and you’ll see bald, fat, hairy men strutting their stuff, quite confident, while for many women, even the exercise of shopping and trying on bathing suits is stress-inducing. Perhaps confidence is intrinsically linked with having a more outward-looking perspective, and not caring about what others think. In school, girls tend to follow the rules more than boys, and are rewarded for it. Boys, however, by breaking rules and learning how to adapt and adjust on the fly to difficult situations, are actually learning the greater lessons preparing them for real life.


I’ve digressed. Bottom line, we’ve been asking the same question for decades now, and we still don’t fully understand why it happens, nor do we have any great strategies for making things better.


In fact, the Kay/Shipman article actually points out that studies show that even just making women more aware of their lower confidence levels make them feel even more self-aware and less confident. It’s the equivalent of yelling at a tight-rope walker, telling them to look down, look, and see all the sharp, hard things they could land on if they fell.


Everyone seems to recognize the value and benefits of diversity, from both a human rights perspective as well as a business perspective. In this same timeframe, as reported in both The Boston Globe and the Wall Street Journal, a study by MIT came out showing that workers – both men and women – were happier working with members of the same gender, but offices with greater diversity had higher productivity. It’s understandable that same-gender work groups would have more harmonious interpersonal dynamic, with birds of a feather flocking together. Increasing diversity likely introduces more divergent thought, more conflict, and the potential for more creative solutions. It takes work to listen, work out disagreements, and incorporate different perspectives, and while it may be less fun, there are rewards for it. It’s uncomfortable, though.


Yet, even hiring and promoting women can be a challenge for a company trying to improve diversity, if there are not enough women in the talent pool applying for jobs and competing up the corporate ladder. The September Forbes article by Kerry Hannon cited a prior Harvard Business Review blog by Tara Sophia Mohr, reporting the results of her own study on why women don’t apply for jobs, following up on an internal study by Hewlett Packard (as reported by Nancy F. Clark for ForbesWoman) which found that while most women won’t apply for a job unless they meet all the requirements, the majority of men would, perhaps viewing the “requirements” as more of a wish list, or something to be negotiated, or developed over time on the job. The possible underlying socio-psychological reasons are many, with confidence being just one factor. Do women tend to interpret things more literally? Is climbing the corporate ladder less important to women?


We are still struggling to understand things and to come up with solutions. We do seem to understand that the key time for influencing girls to pursue their STEM interests is middle school, a time when girls are especially vulnerable to peer pressure and fitting in. So, I came across a book review for Science… For Her! by Megan Amram. In fact, I almost dragged Susan to a book talk in Harvard Square, and if not for our parking situation (we were out of quarters), we might have gone, but it is just as well. Later on, at a Barnes and Noble, I got to open the book and peruse its pages, and unfortunately, found it not that funny, and not at all helpful. And certainly not aimed at or suited for middle school girls.


Not to sound like a 1950s black-and-white newsreel, this isn’t helpful to our nation. We need both boys and girls to realize their full potential and contribute to solving our country’s technical challenges. We need to not outsource this. (For this use of the term outsourcing, read How Will You Measure Your Life? by Clayton Christensen.) 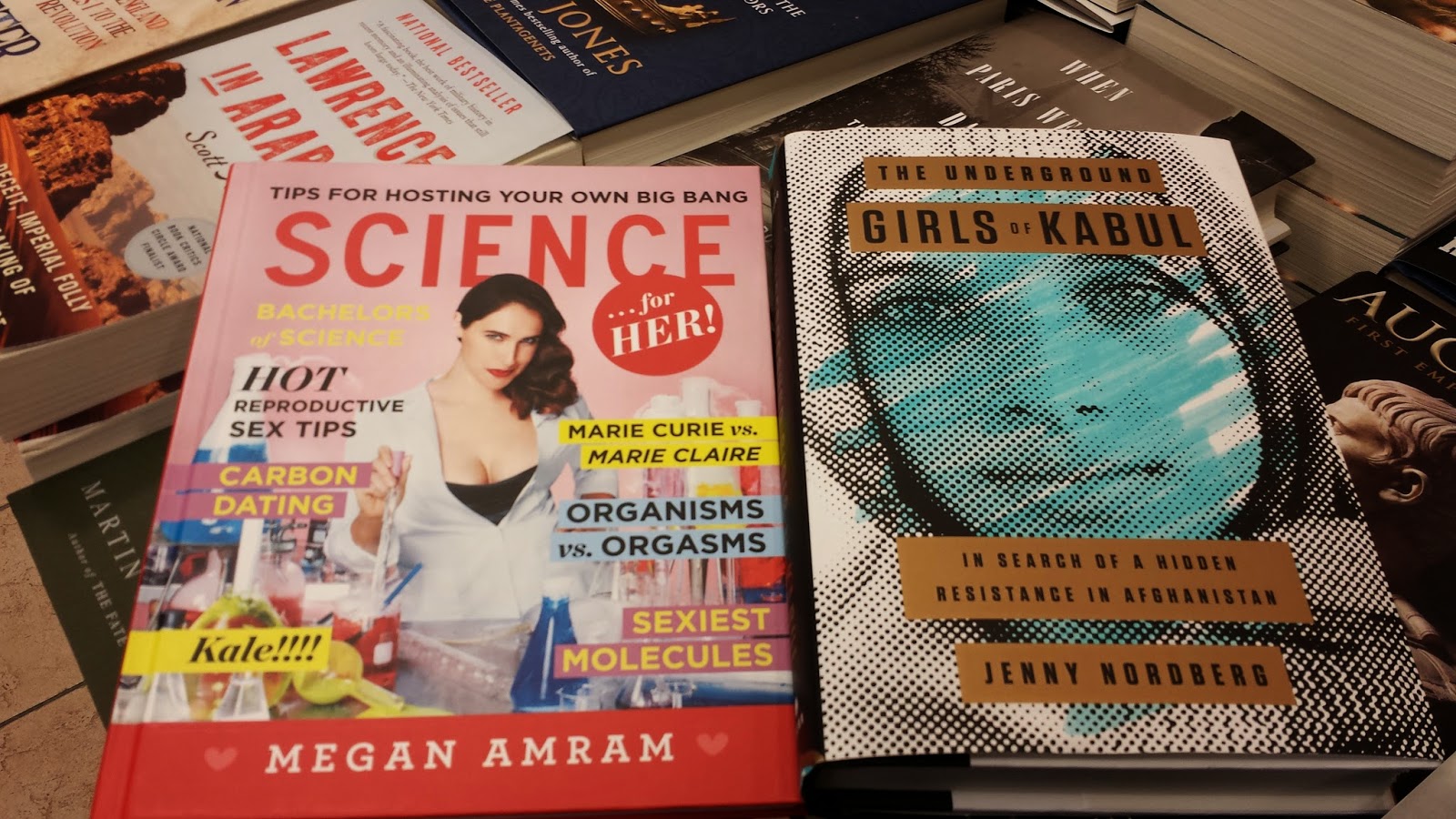 While at Barnes and Noble, I also happened to trip across another, very different book, The Underground Girls of Kabul: In Search of a Hidden Resistance in Afghanistan, by Jenny Nordberg. In a culture where girls are second-class citizens, and a burden to their families, there is the now-told story of the girls that are dressed to pass as boys, “bacha posh” they are called, so they can have access to a world of greater opportunity. It is an old tradition there. I haven’t read the book yet, but have added it to my reading list. The dedication is inspiration enough:


“To every girl who figured out that she could run faster, and climb higher, in pants.”


We know from the Dalai Lama’s talk that at least he believes that compassion can be taught. What about confidence? Can it be taught? Or, is it something developed only through life experience?


To bring this full circle, back to rugby - there is probably no greater training ground for building confidence than the arts and sports, to challenge girls - and boys - to go outside their comfort zones, face their fears, and learn how to deal with both winning and losing. In the resounding words of one of our former Beantown coaches: “Challenge yourself!” Whether joining the tennis team (even though you don’t know all the rules), the cross country team (even though you’re not sure if it involves running or skiing), trying out for the bowling team, or writing a blog or a book for that matter - the most important thing is to keep putting yourself out there.


Strangely enough, it is just as important, and maybe even more important, thinking you can, as it is knowing you can.


About
As one of my old Illinois rugby teammates once said, after getting her first real job: “What in my job description requires you to be able to see my legs?” The first – and last – time that I wore a skirt to the office was on the day of my first real job interview in the spring of 1986, and I haven’t worn one since. (The funny part of that story is that I had to run out and buy the skirt that very morning!) I rue the fact that no one makes a nice pair of ladies trousers with deep enough pockets to carry all my essentials (pens, mechanical pencil, notebooks).


I often took inspiration from a poster I had in my office in the basement of the Natural History Building while I was a grad student there at the University of Illinois. It was one of Garfield the cat, looking up at Odie, the dog, who was sitting up on a branch of a tree, panting, smiling, and tongue hanging out. The thought bubble over Garfield’s head: “It’s amazing what one can accomplish when one doesn’t know what one can’t do.” Precisely.

Post Script
Speaking of folks who are putting themselves out there:


London Grammar was in Boston Monday January 26th for a concert at the House of Blues. Because of the blizzard, we stayed home, but were able to watch it livestream on Yahoo! from our living room. And now you can, too:
https://screen.yahoo.com/live/event/london-grammar 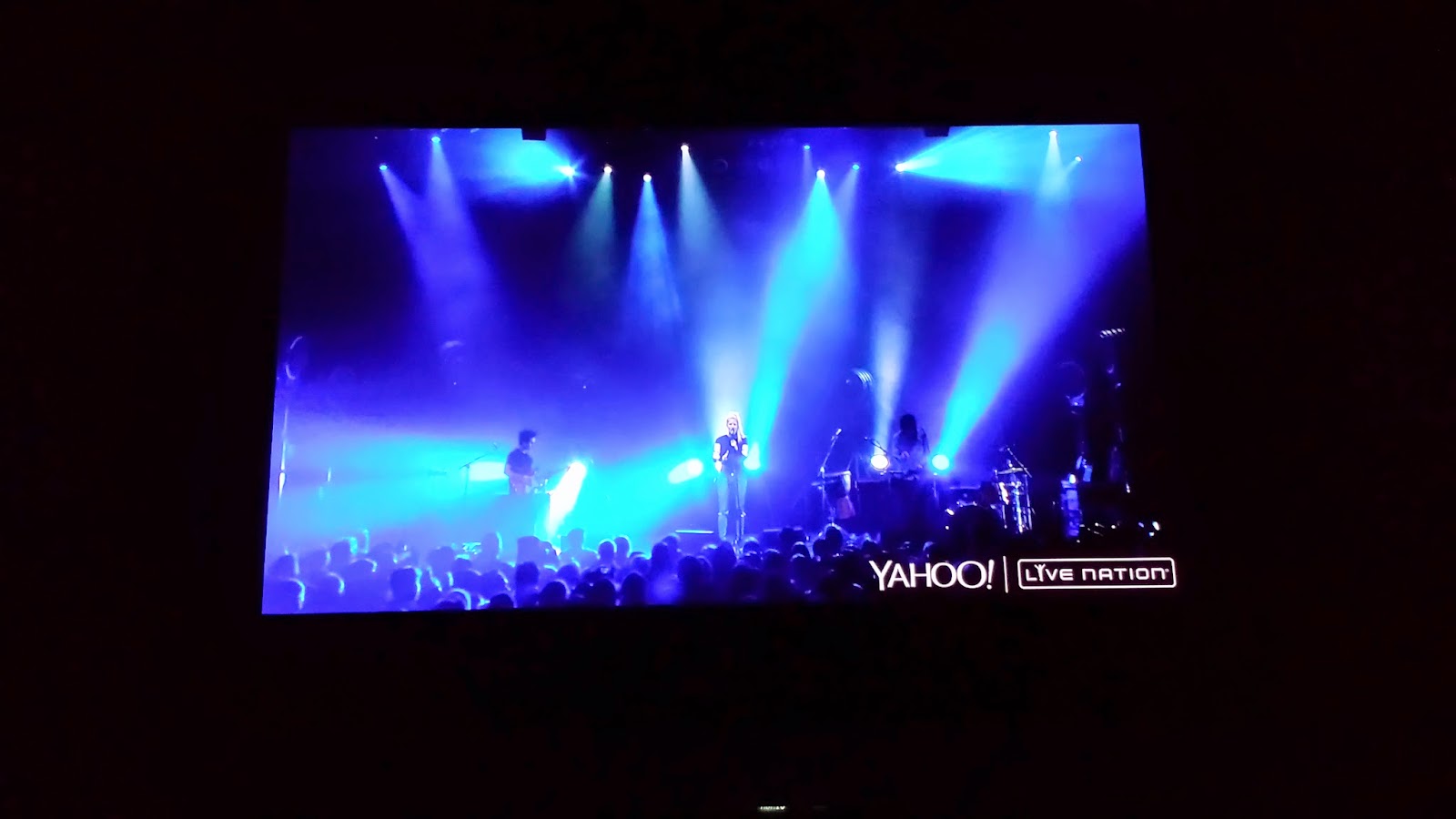 And of course they played “Strong” for Boston Strong. And Watertown Strong!
https://www.youtube.com/watch?v=6drfp_3823I

Good luck to the band, from the UK, in making their way to their next show in NYC.


Royal, a new restaurant in Watertown, by Chef Rachid Kourda, will be opening soon – stay tuned for details. http://www.royalwatertown.com/
We are so excited to welcome our new neighbor!


And, as for me, I should get back to the book. In the words of Imagine Dragons: “It’s time to begin, isn’t it…” And there is nothing like a snow day for writing.

Coming Next
Probably something about rugby vs. football.


Unlike the NFL, in rugby the same game balls are used by both teams, and there is no chance for one team to have a tinkered set of game balls. Not saying we did. But, wouldn’t it be simpler if both teams used the same ball?


Christensen, Clayton M. 2012. How Will You Measure Your Life? New York: HarperCollins Publishers.


Nordberg, Jenny. 2014. The Underground Girls of Kabul: In Search of a Hidden Resistance in Afghanistan. New York: Crown Publishers.


Silverman, Rachel Emma. 2014. Men and Women at Work: Unhappy, But Productive. Wall Street Journal. December 15, 2014.
http://blogs.wsj.com/atwork/2014/12/15/men-and-women-at-work-unhappy-but-productive/
© 2015 Rosemary A. Schmidt
Rose Schmidt is the author of “Go Forward, Support! The Rugby of Life.” Use of individual quotes with proper citation and attribution, within the limits of fair use, is permitted. If you would like to request permission to use or reprint any of the content on the site, please contact the author.
Posted by Rosebud at 10:44 AM